AMSTERDAM, September 9, 2016 – Nine out of 10 (92%) European consumers agree that changes need to be made to current online video advertising in order to improve the viewer experience, according to a new survey of 4,000 consumers in the UK, France and Germany, which was commissioned by online video solutions provider, Brightcove Inc. (NASDAQ: BCOV).

When asked to pinpoint their specific objections to video advertising, consumers cited irrelevancy, volume and poor delivery – with 67% choosing to stop watching their selected content as a result of one of these issues. Additional questions around the online video advertising experience revealed that:​

The findings – published in Brightcove’s The Ad-Verse Consumer: European Video Advertising Tolerances in a Digital Age – highlighted that, while many respondents agree that the range (54%) and quality (47%) of online video content has improved in the last year, video advertising has struggled to keep pace: 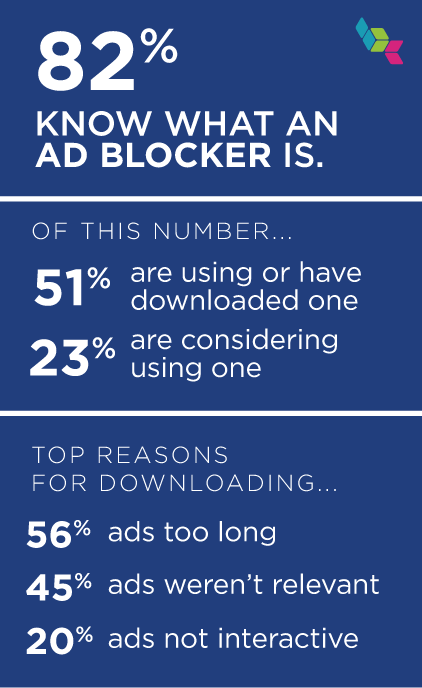 Against a backdrop of increasing adoption of ad-blocking technologies, the findings suggest that publishers need to change their approach to monetizing online video content or risk losing out on viewers and associated revenue. However, with 50% of consumers admitting that they are not willing to pay for any type of online video content, simply switching to a subscription model does not appear to be the answer.

Mark Blair, Vice President of EMEA at Brightcove, explained, “At Brightcove we believe that consumers absolutely have the right to avoid broken, annoying and intrusive ad experiences but, at the same time, companies have the right to monetize and promote the content they put a lot of money into producing. The key to marrying the two is finding a balance – improving the user experience so they are more willing to accept ad content.

“It should encourage the industry that two thirds (66%) of the consumers who participated in the study say they understand and agree that it is fair for publishers to use online ads to fund free content. But with only one in ten (11%) saying they always have positive experiences with the online ads they are served, the room for improvement is clear.”

When asked for their opinion on the top improvements that could be made, participating consumers called for the following:

Further findings from the research are detailed in the full report which can be downloaded here: http://go.brightcove.com/media-emea-ad-tolerances.

Vanson Bourne, the research firm that conducted the survey, interviewed 4,000 online video content viewers over the age of 18 years old in the following countries: the UK, France and Germany (2,000 respondents in the UK, and 1,000 from each of France and Germany). Fieldwork was conducted in April-May 2016.

Brightcove Inc. (NASDAQ:BCOV) is the leading global provider of powerful cloud solutions for delivering and monetizing video across connected devices. The company offers a full suite of products and services that reduce the cost and complexity associated with publishing, distributing, measuring and monetizing video across devices. Brightcove has nearly 5,000 customers in over 70 countries that rely on the company’s cloud solutions to successfully publish high-quality video experiences to audiences everywhere. To learn more, visit www.brightcove.com.

WE Communications for Brightcove