“We are pleased with our strong third quarter results, which once again exceeded our revenue and profitability guidance,” said Jeremy Allaire, Chairman and Chief Executive Officer of Brightcove. “After pioneering the online video platform market, Brightcove has continued to push the pace of innovation with our expanding suite of cloud-based solutions, including Video Cloud, App Cloud and Zencoder. We believe that we are in the very early stages of a fundamental shift in how digital content is being delivered and consumed. We view this as a significant market opportunity, and Brightcove is focused on leveraging our first mover advantage into continued, long-term market leadership.”

Balance Sheet and Cash Flow: As of September 30, 2012, Brightcove had $30.8 million of cash, cash equivalents and investments, a decrease from $58.6 million at June 30, 2012. The decrease in cash was driven primarily by the $27.2 million used for the acquisition of Zencoder.

A reconciliation of GAAP to Non-GAAP results has been provided in the financial statement tables included at the end of this press release. An explanation of these measures is also included below under the heading “Non-GAAP Financial Measures.”

Other Third Quarter and Recent Highlights

Based on information as of today, November 1, 2012, the Company is issuing the following financial guidance:

Forward-Looking Statements
This press release includes certain “forward-looking statements" within the meaning of the Private Securities Litigation Reform Act of 1995, including statements concerning our financial guidance for the fourth fiscal quarter of 2012 and the full year of 2012, our position to execute on our growth strategy, and our ability to expand our leadership position and market opportunity. These forward-looking statements include, but are not limited to, plans, objectives, expectations and intentions and other statements contained in this press release that are not historical facts and statements identified by words such as "expects," "anticipates," "intends," "plans," "believes," "seeks," "estimates" or words of similar meaning. These forward-looking statements reflect our current views about our plans, intentions, expectations, strategies and prospects, which are based on the information currently available to us and on assumptions we have made. Although we believe that our plans, intentions, expectations, strategies and prospects as reflected in or suggested by those forward-looking statements are reasonable, we can give no assurance that the plans, intentions, expectations or strategies will be attained or achieved. Furthermore, actual results may differ materially from those described in the forward-looking statements and will be affected by a variety of risks and factors that are beyond our control including, without limitation, risks associated with our history of losses, our limited operating history; expectations regarding the widespread adoption of customer demand for our Video Cloud, App Cloud and Zencoder products; our ability to expand the sales of our products to customers located outside the U.S., keeping up with the rapid technological change required to remain competitive in our industry, our ability to retain existing customers; our ability to manage our growth effectively and successfully recruit additional highly-qualified personnel; and the price volatility of our common stock, and other risks set forth under the caption "Risk Factors" in the Company’s final prospectus related to its initial public offering filed pursuant to Rule 424b under the Securities Act with the Securities and Exchange Commission on February 17, 2012, as updated by our subsequently filed Quarterly Reports on Form 10-Q and our other SEC filings. We assume no obligation to update any forward-looking statements contained in this document as a result of new information, future events or otherwise. 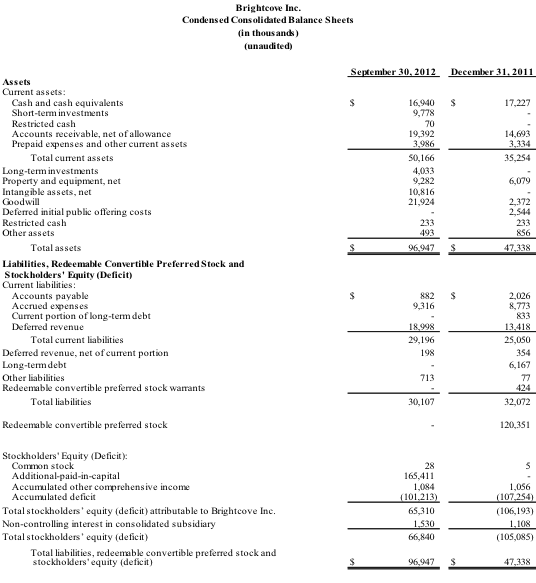 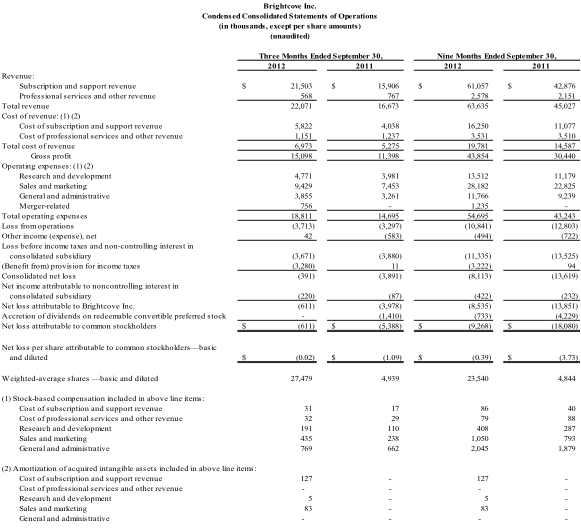 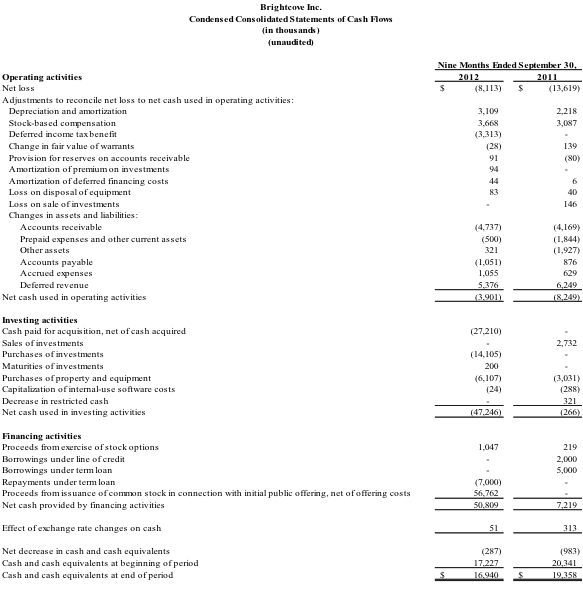 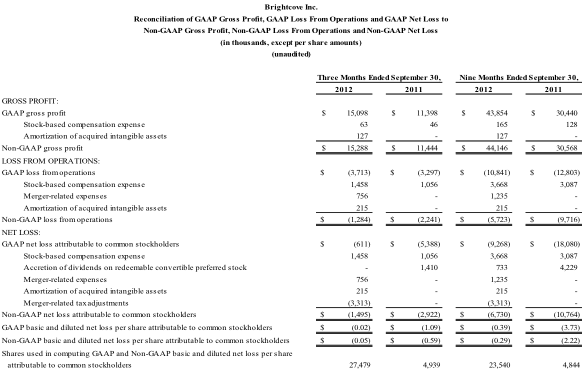