With 57,000+ attendees, 1,700 exhibitors, 400+ speakers, and over 170+ countries represented, there was no shortage of content to be consumed and discussed at the International Broadcasting Convention (IBC) in Amsterdam. For Brightcove, three themes seemed to dominate the conversation at IBC this year: low-latency live in sports, the growth of OTT, and women in streaming media. Here’s what you need to know about each—and as a bonus, some exciting news for Brightcove.

It’s easy to see that the industry has caught fire with low-latency live streaming, particularly in relation to sports. The question on everyone’s mind was, “what’s next for live streaming?” The answer? Standardization.

There seems to be agreement amongst the industry that live streaming technology has reached a level of maturity where reliability and scale are becoming less of a concern. Now, for content owners, it’s just a matter of monetizing at high scale and choosing the desired user experience based on the context of the content. That’s why the hype around low-latency live was misguided and the focus shifted to standardizing the protocols between the digital and linear streaming worlds. The SRT Open Source panel was standing room only and left the audience optimistic that adoption will skyrocket in the next year, based on its growth trendline and big players like Microsoft joining the movement.

SRT is a no-brainer for contribution streaming, but in principle, it can also be used for low-volume streaming to the masses (without CDNs). It’s exciting to see how it is being positioned and what new applications are emerging,” says Brightcove Technology Fellow, Yuriy Reznik.

Gone are the days where the industry thinks of live contributions like it thinks RTMP. While a great point-to-point protocol and fault tolerant, it’s now dated and time to move towards emerging protocols for contributions that will meet the increasing needs as broadcast to OTT converge,” according to Jeff Young, Principal Product Manager at Brightcove. 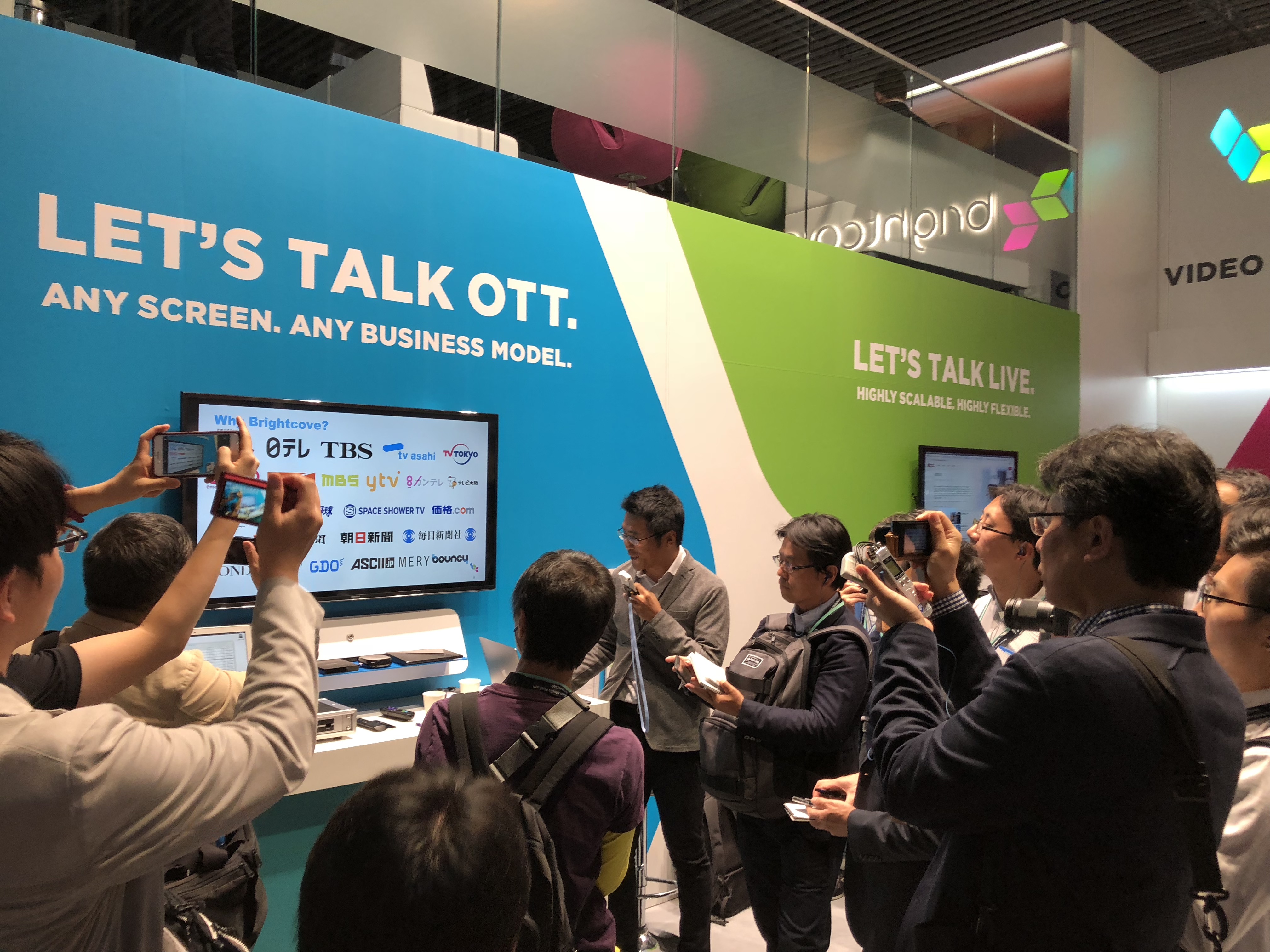 New data continues to validate the growth of OTT, and with growth comes competition. That’s why a key topic discussed on the IBC Content Hub stage was how to stay ahead of the competition. Speakers and panelists shared best practices and strategies for OTT service providers to maintain and grow their audiences. A common strategy mentioned was to leverage the power of data. By better understanding their audiences through technologies from Brightcove and partners IRIS.TV, Cleeng and Wicket Labs, media owners are capitalizing on what’s working, and improving discoverability and LVC.

Looking around the event floor can be a bit discouraging at times because of an evident lack of gender diversity. That’s why it was refreshing to see that IBC as an organization really “walked the walk” in terms of implementing their new Diversity and Inclusion Charter. This year, there were several events focused on encouraging female participation in the industry. For example, Women in Streaming Media held their inaugural meetup, cheekily called "But First … Coffee," which drew about 50 women from all sectors of our industry. Additionally, 37% of IBC speakers this year were women, according to analyst Ben Keen.

As the show drew to a close, we got some exciting news: Brightcove's Context Aware Encoding (CAE) won the CSI Award for Best Digital Video Processing Technology. As CAE's third major award in 2018 (it's already won Streaming Media Best at NAB and NewBay Media Best of Show), this was a great cap on another exciting IBC.

After days of customer, prospect, partner and analyst meetings, and the terrific conversations that happen on the show floor and off-site at social events, Brightcovians left IBC invigorated. With the advancements in live streaming, the emergence of helpful new technologies in OTT and a more diverse workforce, the video technology industry and its media industry partners seem invigorated as well.

Get ahead of the OTT curve

Learn More
About the author
Lexie Knauer
Lexie is a Product Marketing Manager for Brightcove's Media Business Unit. Prior to Brightcove, Knauer developed her strong background in the ad tech industry at SpotX, a programmatic SSP based in Denver, CO. There, she also developed a passion for solving the challenges of today’s media companies and exploring the outdoors.