Have you noticed an influx of online ads accompanying the video you’re streaming on-demand? If you feel as though you've seen more online ads lately, it’s no illusion. This week, comScore released its online video rankings data for December 2012, which found that 182 million Internet users in the U.S. viewed 38.7 billion videos online during that timeframe alone. Online video ad views associated with streaming totaled 11.3 billion, up from 7.1 billion ad views in the same month a year prior. That's an almost 60% increase in online ad viewership in just a single year. So what does all of this data mean, and how is it affecting the media and broadcast industry?

Online video advertising delivery is of course influenced by consumer media usage, which is what makes the data and infographic below from Nielsen so fascinating. The most interesting statistics from a video perspective include:

These findings indicate that while consumers have widely embraced online video viewing, it remains in the domain of computers, tablets and smartphones. Consumer behavior has not quite caught up with the long-term plans of media companies and TV manufacturers.

Consumer behavior and shifting viewing and device priorities are an incredibly dynamic area, and can transform immensely in only a short time. We’ll continue to track this data as new numbers become available. For now, one thing is certain: both mobile and Web streaming must equal monetization and profits in the long-term. 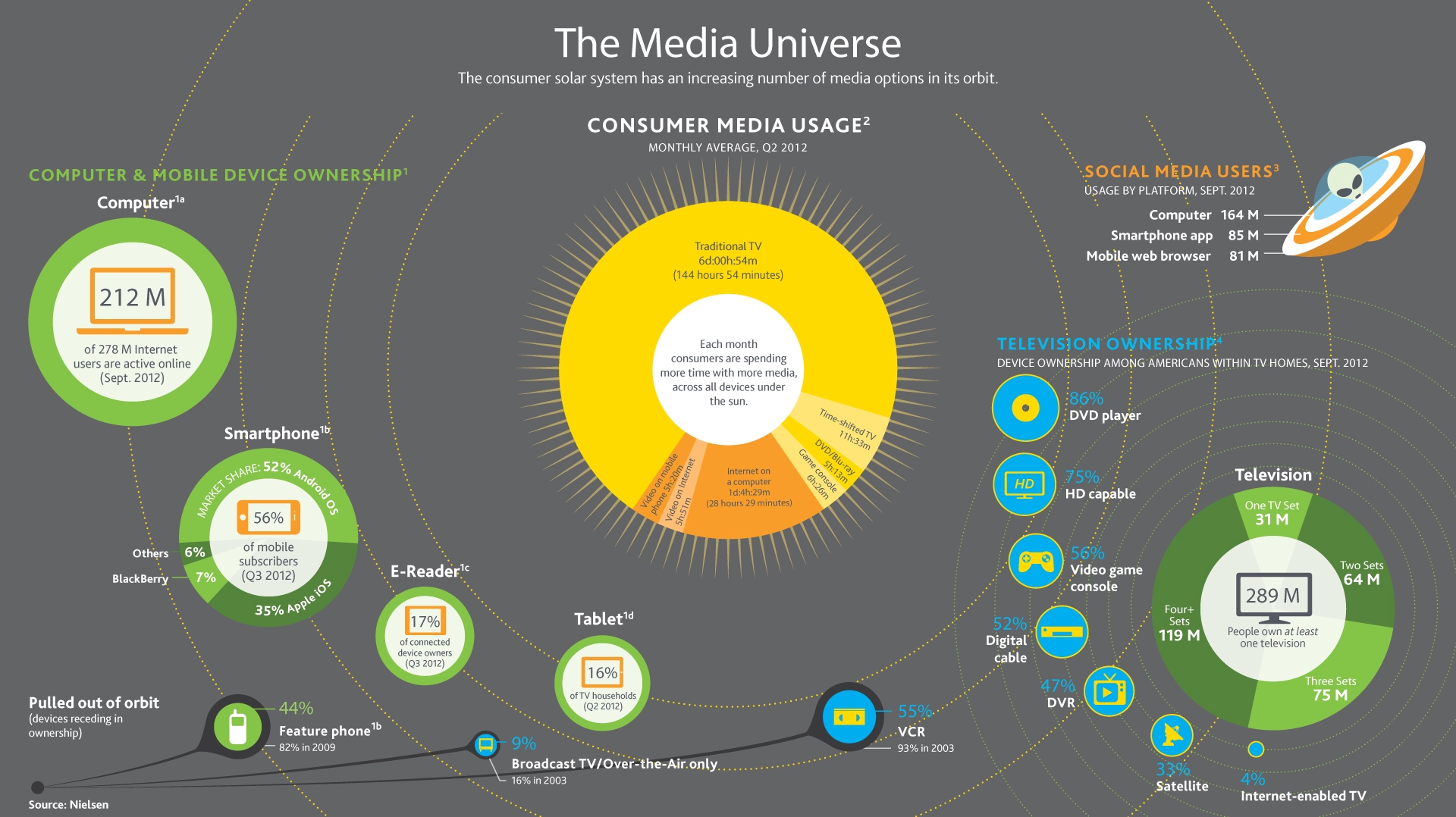