Smart Content Source are a quick and easy way to load data into your apps (see App Cloud 101: Content Sources). Let's take a look at what happens under the hood when you load a content source with bc.core.getData(): 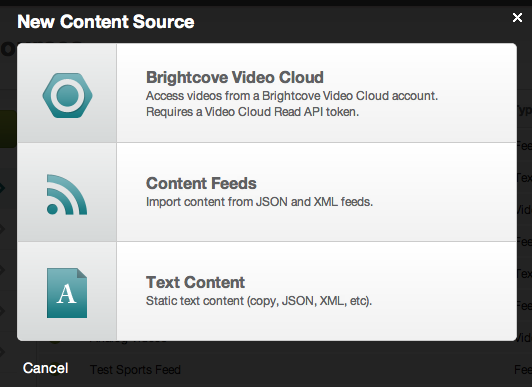 First, no matter what kind of data you're loading from App Cloud—a Video Cloud feed, a content feed, or a text block—you can call it the same way in your code:

Above, "1234567890" is the ID provided by App Cloud Studio. You can also declare the feed in your manifest file and call it by name:

The function bc.core.getData() is asynchronous. When it runs successfully, the SDK calls handleData(); otherwise, it calls handleError(). The success handler takes a single argument:

If you log the data to the console, as shown above, you might see an object like this one, which comes from a Video Cloud feed: 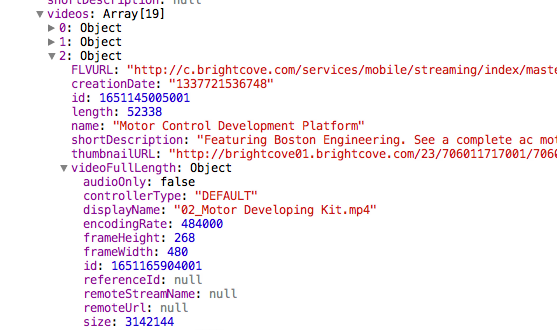 So what's happening under the hood?

As you can see, it's easy to inspect your data using the Chrome Developer Tools. And if you want to dig even deeper, consider using an HTTP monitor like Charles.

Finally, keep in mind that bc.core.getData() is just one way to load data into your app (and that the underlying implementation is subject to change in future versions of the SDK). You can also use the functions bc.device.fetchContentsOfURL(), bc.device.postDataToURL(), and bc.device.requestDownload(), all of which pass data through the device layer.

p.s. Get more tips and tricks (and share your own) by joining the Brightcove App Cloud discussion group on Google.