We’re excited to announce another new Brightcove customer in Germany with Das Vierte, a Munich-based television broadcaster that has deployed Video Cloud to streamline its digital media workflow. Das Vierte is using Video Cloud to manage content for its website, das-vierte.de, while easily publishing to connected devices such as tablets, smartphones, PCs, and connected TVs. 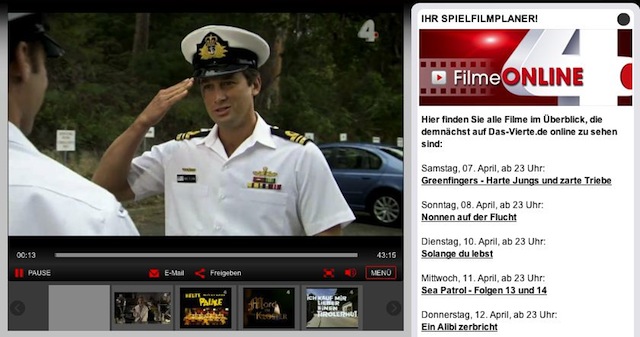 With Video Cloud, Das Vierte is also extending the reach of its content to additional platforms, including a hybrid broadcast broadband TV (HbbTV) portal that will give viewers access to its programming through broadband-enabled television set-top boxes. As Das Vierte’s centralized content platform, Video Cloud will support its entire library of catch-up content and also function as the distribution infrastructure to deliver digital video to third-party programming partners.

Broadcasters worldwide are using Video Cloud to seamlessly extend the reach of and monetize their content on multiple devices and platforms, capabilities that Brightcove is demonstrating at the 2012 NAB Show, April 16-19 in Las Vegas. To schedule a meeting or arrange a demonstration during NAB, email nab@brightcove.com.