A new Brightcove case study, “2,000 Years in the Making – Brightcove Helps Bring The JESUS Film Project® to Millions Via the Internet,” outlines how the ministry responsible for distributing the film, “JESUS,” transitioned from physical media to online video as its primary distribution channel. The JESUS Film Project explored a variety of online video streaming options before selecting the Brightcove Video Cloud online video platform to continue its now 30-year-old mission of relaying the two-hour docudrama about the life of Christ based on the Gospel of Luke. The film has been translated in more than 1,100 languages and shown in over 200 countries. 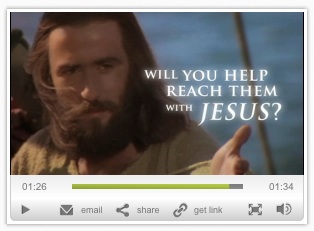 With Video Cloud, more people are viewing “JESUS” than ever, and the length of viewer engagement is increasing as upward of 10 percent of online viewers watch an hour or more of the film without interruption. In an average month, The JESUS Film Project receives 46,438 views from more than 182 different countries.

For more details, the full case study is available at “2,000 Years in the Making – Brightcove Helps Bring The JESUS Film Project® to Millions Via the Internet.”