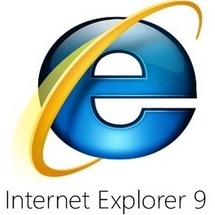 Microsoft announced the other day in a blog post that they are firmly backing the use of H.264 (as opposed to WebM) codec in HTML5 native expressions of embedded video. This comes shortly after Google announced that they would not support the MPEG LA licensed standard in its Chrome browser in favor of the open WebM standard.

Microsoft also announced that it will be releasing a plug-in for Chrome and Firefox on Windows to support playback of H.264 video in HTML5. They stated that "IE9 users who install third-party WebM video support on Windows will be able to play WebM video in IE." These proclamations are aimed to swing adoption in one direction, but are puzzling given that they are in direct conflict with one of the core tenets of HTML5's value: the elimination for the need of plug-ins to allow for native playback based on the <video> tag.

This is also a forward-looking declaration for Microsoft, given that it is one of the few browsers that does not yet support HTML5 video embeds except in beta versions of IE9.

We do agree with Microsoft's sentiments:

"A Web without video would be a dull Web and consumers, developers and businesses want video on the Web to just work."

This is one more complicating factor that adds to the brewing battle over web standards for online video. The continuing fragmentation and complexity is enough to make your head spin, so we put together this free whitepaper: HTML5 Video Fact & Fiction that aims to make sense of the current state of HTML5 video and the key things publishers should consider to support video for every device, OS, and browser.