It's an exciting week for Brightcove on the mobile app news front. Yesterday we highlighted our partnership with Mobile Roadie and the highly successful Taylor Swift mobile app created by Big Machine Records. This morning, we announced that The Football Association (FA), England's governing body for football (or soccer as we Americans like to refer to it), has rolled out a host of new video content as well as a new iPhone app using the Brightcove iPhone SDK.

The FA is leveraging the Brightcove platform to introduce a variety of video content for the FATV section of its website, www.TheFA.com, as well as to support a variety of video initiatives around the official website for England's World Cup team, including interviews with players and highlights from previous games and tournaments. The FA also recently introduced a fan-friendly mobile app with the help of Brightcove that is designed to help fans stay in touch with the England team and keep track of the latest news from the World Cup, including exclusive video highlights of games and legendary team England moments from the past.

With Brightcove, The FA is able to deliver high quality, interactive online video viewing experiences across the Web and mobile devices. Brightcove also makes it easy for The FA to significantly expand its audience and reach by enabling visitors to share content to popular sites like Facebook and Twitter. Brightcove's "white-list" status by Facebook gives The FA the ability to embed Brightcove players directly into the England team's Wall, as well as on the FATV section of the team's Facebook page.

We're very excited to be supporting The FA's video initiatives, particularly on the heels of next month's World Cup which will surely be a catalyst for a tremendous amount of online video consumption throughout the world. 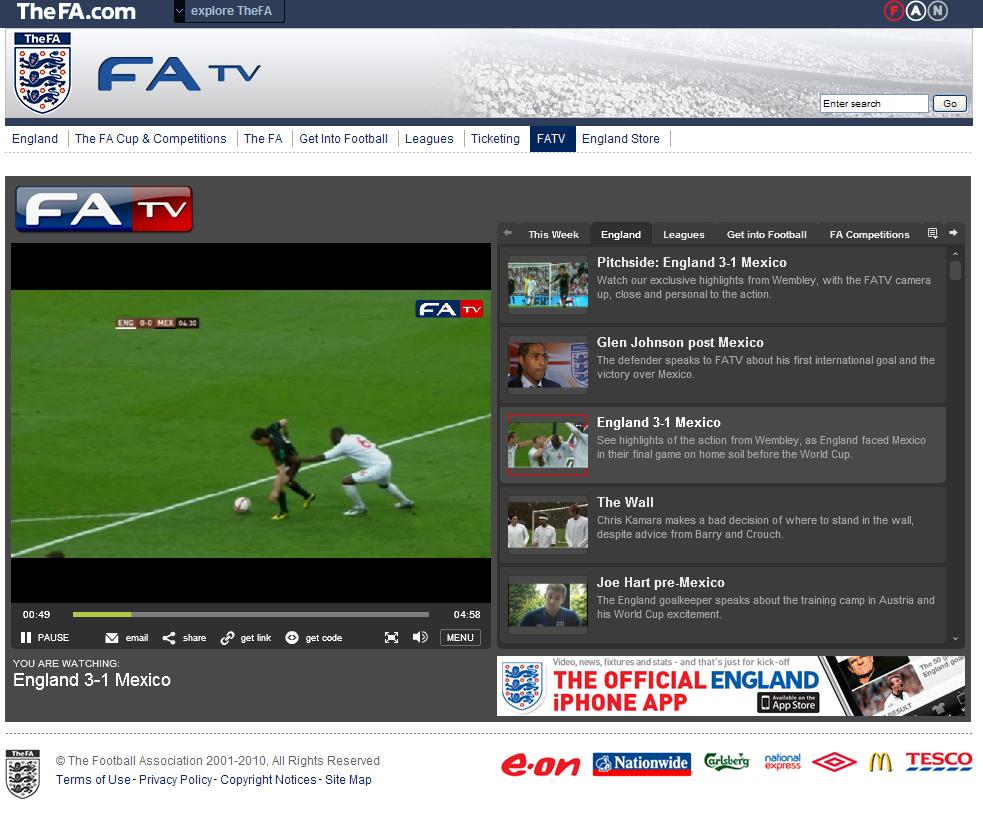