Gorin.jp was created during the 2008 Beijing Olympics and went on to feature more than 1,481 minutes of video content from the Games. For the Vancouver Olympics, the Brightcove platform is again being tapped by PRESENTCAST, a joint venture formed in 2006 by leading television broadcasters and advertising agencies in Japan, to support gorin.jp's video initiatives. PRESENTCAST will program and distribute hundreds of ad-supported video segments from the Vancouver games available at gorin.jp before, during and after the Games. 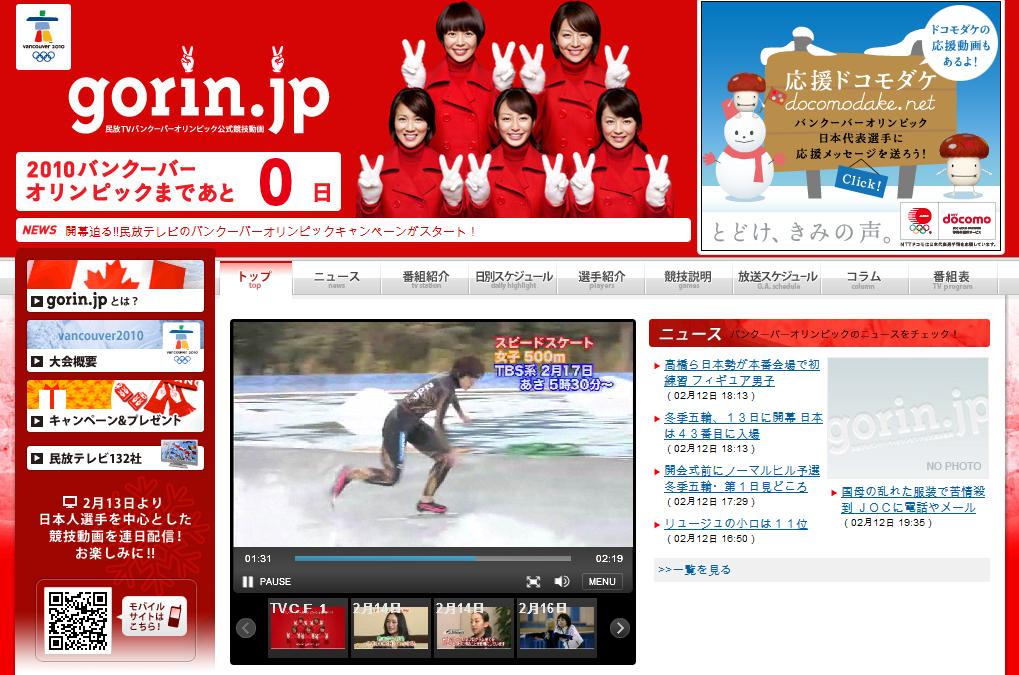