As Jack Bauer and crew embark on another tumultuous quest to save the world, it is only fitting to share our excitement that Brightcove is the new online video platform behind FOX on Demand's catch-up TV site, http://www.fox.com/fod/index.htm.

FOX on Demand broadcasts full episodes of some of the world's most sought after online video programming, including hit shows 24, Bones, Family Guy, Glee, House, and The Simpsons. With the Brightcove platform, FOX on Demand viewers have the highest quality viewing experience, as well as the ability to share clips and/or full episodes with friends without ever leaving the video they are viewing.

Brightcove is proud to be part of Fox's online video initiatives - a partnership that began in 2007 and has resulted in over a dozen Brightcove-powered video websites from FX, Family Guy, and Fuel to Speed, Beliefnet, and America's Most Wanted. Brightcove also works with Fox International Channels, and recently announced that Fox Latin American Channels is using the Brightcove platform to power the Mundo Fox VoD portal. 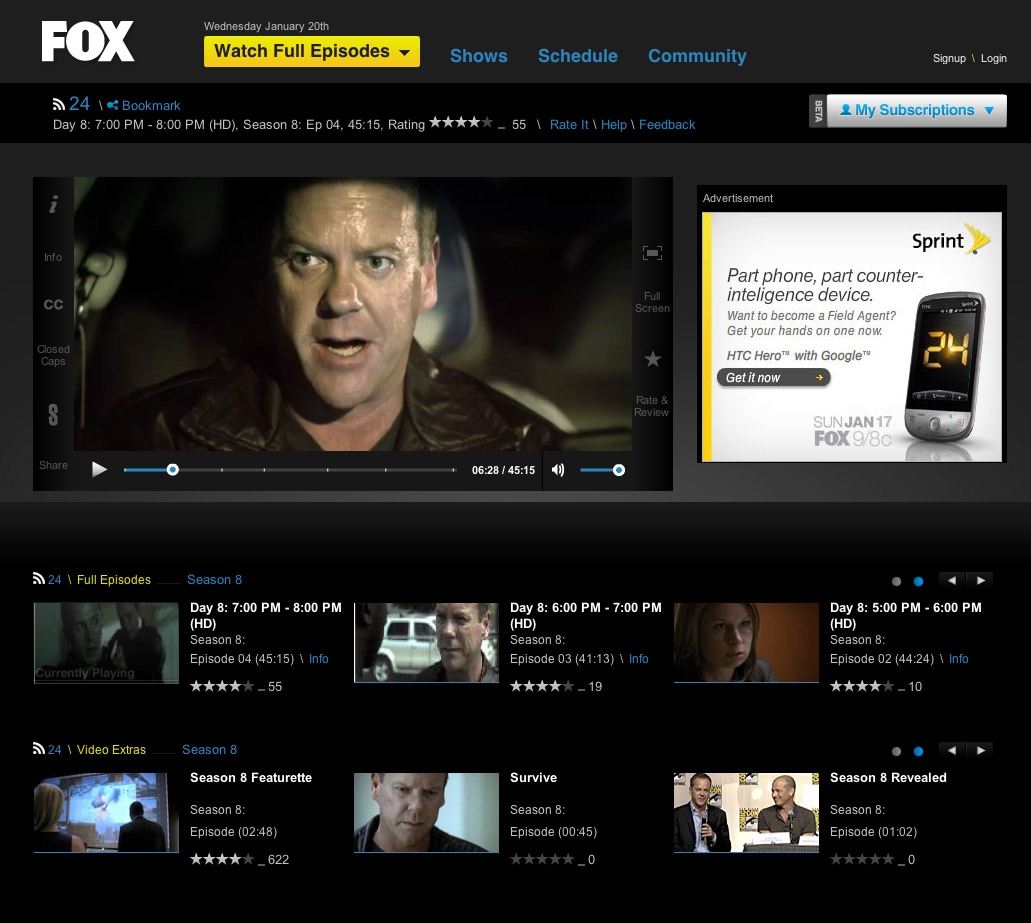