When the COVID-19 pandemic first hit, South by Southwest (SXSW) organizers knew the beloved festival of music, technology, and film would have to wait, and the event was ultimately cancelled for the first time since its launch in 1987. The panels, the concerts, the premieres, the brand pop-ups — all of it called off.

As the creative minds behind “South By” looked ahead, the team vowed to go full-steam on a radical pivot by making SXSW 2021 completely virtual—a behemoth multimedia spectacle for tens of thousands of attendees reimagined for remote viewing. There was only one question: How to do it?

“We had to pave a path,” says Scott Wilcox, who drives strategy and business development efforts as Chief Innovation Officer for SXSW. “South by Southwest brings together a very diverse set of conference and festival topics, spanning music, film, interactive media, digital marketing and cryptocurrencies, cannabusiness, and beyond. It defines eclectic. We said, ‘How are we possibly going to produce a virtual event that could galvanize the communities in all these areas?’ It was a big task.”

That path led the producers of SXSW to Brightcove, where over-the-top (OTT) video streaming capabilities could provide a consistent, broadcast-quality experience regardless of device or channel.

Organizers knew they needed to replicate the spirit of discovery and freedom of movement that characterizes South By. “We didn’t want people anchored to their desks all day,” says Michael Brown, the festival’s Director of Emergent Technology. “In real life at the festival, you’re never in one spot for long. You get up. You move around. You go across town. You’re in different venues. For our virtual conference, we wanted people to watch on mobile or on the web, but if they wanted to sit on the couch and still feel connected, and still network, they could do that, too.”

“This wasn’t just about engaging with a product,” says Teresa Pappas, Senior Innovation Project Manager for SXSW. “We had to make it feel like South by Southwest.”

CALM DURING THE STORM

With live events, even the best-laid plans can get tossed aside in an emergency. After months of training and platform development, transcoding and testing, scheduling and rescheduling, an unprecedented winter storm slammed Austin just weeks before the festival. It cut off electricity, heat, and water for a week during the intense final phase of production.

“I thought, ‘This might sink us,’” Wilcox says. Even with all the twists and turns, the SXSW team was on schedule, but here was a setback that could have cost hundreds of hours and forced organizers to double their efforts.

This is where the global reach of Brightcove became a huge asset. With production offices elsewhere in the U.S., as well as in Europe and Asia, “we were able to keep teams working and didn’t miss a beat,” Wilcox says. “Had we not had that option, I don’t think we would have been able to pull this experience off. Without such a strong partner, we would have been in real trouble.”

SXSW Online 2021 ran for four days, and content remained accessible on demand after the event was over. Festival goers could dip into a diverse combination of pre-recorded and live programming—in total, 650 hours of content across five different channels that emulated iconic SXSW stages from years past.

On one channel viewers could watch Austin music legend (and keynote speaker) Willie Nelson recollect his first gig at age 5, or correspondents from The Daily Show explain how they keep satire sharp and funny in the pandemic era. On another channel, folks could find comedian-actor Bill Hader and Olympian-author Alexi Pappas speak frankly about mental illness, a NASA scientist talk about the search for life in the universe, or a Cuban a capella quartet singing their hearts out–-all examples of the kinds of connections SXSW is known for, but this time, all made possible through the power of video.

“We ended up streaming around 400 conference sessions, 280 music festival showcases, 70 feature films, and nearly 70 short films,” says Gabe van Amburgh, film exhibition manager for SXSW, who admits that, in some ways, the online version outdid the in-person experience. “You didn’t have to pay for a hotel room or wait in line. You could watch six films a day if you wanted, and we had closed captioning on every piece of content online.”

The music program featured an astounding 289 acts, with performances running as 15-minute pre-recorded sets across five days. “There’s something about the elbow-to-elbow gritty club scene at South by Southwest that I love, but the production quality that came through this year on our music showcases was just phenomenal,” says Michael Brown. “With an event like this we were really pushing the limits, and we created a new model thanks to the stability of the Brightcove platform and the support we got from their team.”

Brightcove Cloud Playout enabled the quick and seamless assembly of a “live TV” experience with both live and pre-recorded content —all with the highest level of security possible. The option of curating carousels via Cloud Playout on the connected TV apps to quickly highlight popular content also kept viewers glued. “Toward the end of the festival, we could set carousels to conveniently place all our film award winners front and center. And you could tell in the analytics, that made a difference to viewers. The audience had a sense that the experience was constantly being updated and personally curated. From a programmer’s perspective, that was hugely exciting,” van Amburgh explained. 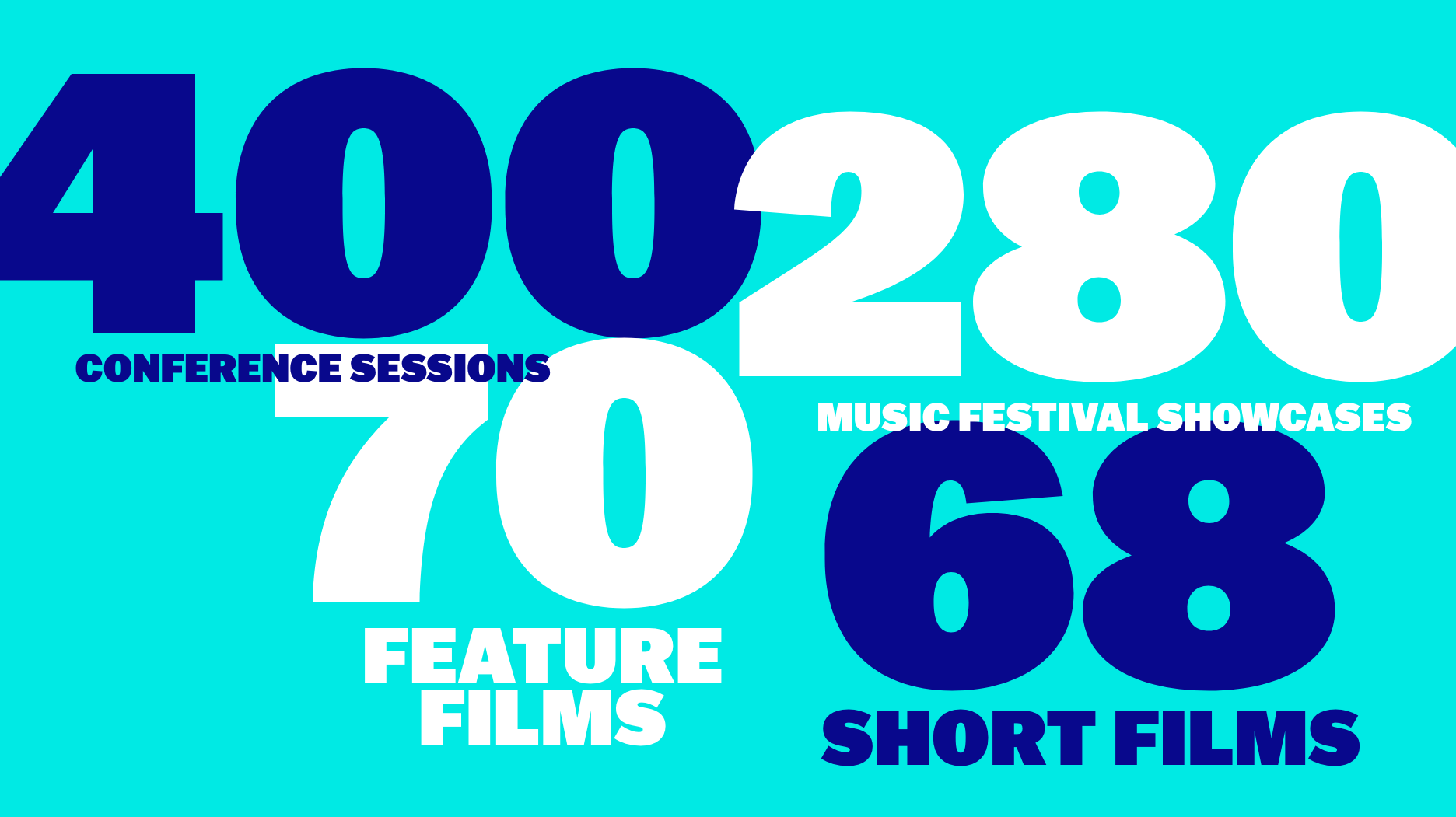 With this combined video technology, Brightcove helped transform an in-person citywide festival into a true at-home spectacular, streaming more than 600 hours of content for 31,112 registrants.

“From a technical point of view, Brightcove was the only platform we could have used to help us realize our vision,” Pappas says. “But it was more than having software in place. Brightcove really felt like an extension of our team. They gave us great materials and hands-on training. The communication was excellent. They answered questions whenever we needed help. They had a team watching live to make sure everything was going according to plan. You could tell they wanted us to be satisfied as a customer and that was, I believe, key to our success.”

SXSW and Brightcove are collaborating again for SXSW 2022. It was a match tested under the most challenging conditions, but it worked. “Brightcove was the best partner we’ve ever had when it comes to technology and innovation,” says Scott Wilcox, who points to the reliability, security, and scalability of the platform, but also to how easy it was to work with the Brightcove team. “Obviously, the reach and sophistication of the technology was impressive, but the agility of the people at Brightcove and their creative thinking—that really helped bring South by Southwest to life online.”

So if you can’t get to South By next year, no worries – once again, South By will be coming to you.